Marx Reloaded in the US - DVD Release 1 May 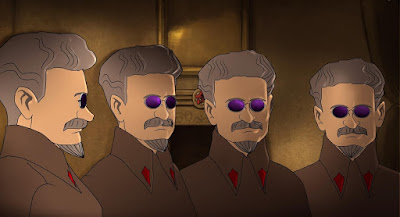 Icarus Films is planning to release Marx Reloaded on DVD in the US on May 1. You can order the film here.

Speaking as its writer-director, when I watched the film a few nights ago, for the first time in a good few years, it was surprising to see how current it felt, albeit slightly depressing on realizing how little the economic "crisis" under discussion had changed. The fate of Greece, where back in 2010 Alexis Tspiras was still considered a socialist, is perhaps the only sequence that felt in need of a coda. Although by no means a Marxist film, it still offers some fascinating insights from a diverse range of political and philosophical perspectives.