Machiavelli on the Korean Peninsula 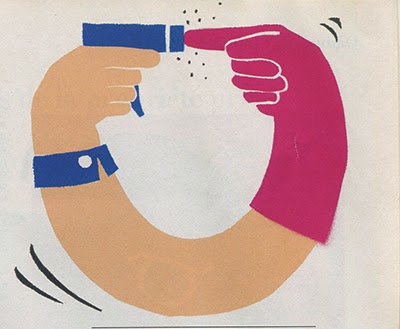 
The disturbing report that Kim Jong-Un's uncle was “executed” by being fed to a pack of hungry dogs was, we now know, a satirical story originating in the Hong Kong tabloid Wen Wei Po. However, for human rights commentators in the West this fact is of little consequence. According to such commentators North Korea remains, despite everything, a country under the thumb of a crazed and inhumane dictator in the mould of Hitler, Stalin or Pol Pot.

In an article written for The Guardian in October last year, Ian Birrell suggests  - apparently without irony - that the North Korean regime should now be indicted at the International Criminal Court for the murder and incarceration of thousands of its own people.

Quite what such a spectacular show trial might achieve - assuming it were somehow possible to kidnap Kim and his government from Pyongyang (clearly a mission for James Bond) - either for the prisoners or for the North Korean population as a whole, Birrell doesn't say. But then such grandiloquent rhetoric typifies the current lack of political imagination in relation to Korea, not to mention the almost total disrepute into which the liberal humanitarian discourse of human rights has descended in recent years.

Admittedly Kim’s “family feud” inside North Korea’s ruling party apparatus is more reminiscent of The Sopranos or The Godfather than the liberal diplomacy that characterizes South Korean politics. Then again, we should be careful not to draw too stark a distinction between North and South.

Clearly there are enormous constitutional differences between the two countries. North Korea is a one party state. There is no room for human rights under Juche, a political religion geared toward the veneration and preservation of a supreme leadership (although of course Kim Il-sung always insisted that Juche was a “people first” philosophy). However, before dismissing Kim's regime as a bunch of crazed psychopaths, one would do well to accept a basic home truth. Namely, that the behaviour of the North Korean leadership reflects well-established geopolitical tensions on the Korean peninsula; a region which is still technically in a state of war.

In the grand Machiavellian scheme of things Kim Jong-un’s ruthless statecraft is thoroughly consistent with the way in which all politics works. If one reads Niccolò Machiavelli, that 15th century political genius so allegedly admired by career politicians, one will search in vain for any mention of a social contract between the government and the people.

For Machiavelli, the idea that the most morally virtuous leader makes the most effective one is an illusion. For Machiavelli one might say that Gordon Gekko, the insatiable ego from Oliver Stone’s Wall Street, would be preferable as a political leader to any honest philanthropist. But who was Niccolò Machiavelli?

Born in Florence, Italy in 1469, much of Machiavelli’s early life is a mystery. For a man of his talents born during the Italian Renaissance one may assume he studied at The University of Florence. At the time of the overthrow of the city’s ruling Medici family in 1494 (the Medici were bankers and dominated the city’s political life) he had risen to become the Second Chancellor of the Republic of Florence. This position enabled him to refine his skills as a diplomat and political strategist as he travelled to and fro between the rival centres of Italian power.

In 1512, the Medici family reconquered Florence and dissolved its republican government. Machiavelli initially suffered the fate of so many republicans who are unfortunate enough to end up on the losing side in a war. Wrongly accused of conspiring against the Medici, he was imprisoned and tortured. Following his release he retired to the countryside, where he would dedicate his life to elaborating his political ideas based on his diplomatic experience.

Machiavelli’s view of human nature might be described as somewhat pessimistic. But it speaks volumes about the political world we inhabit today and our fascination for ruthless dictators and the political abuses of power.

All human beings, Machiavelli believed, are evil. However, rather than making a moral issue out of this and finding ways to address it - for example, through introducing social reforms - Machiavelli tells us that any leader wishing to rule for any length of time should accept this fact and act accordingly. This doesn’t simply mean rulers should feel free to act ruthlessly when the situation demands it (although Machiavelli admits that they are quite justified in doing so). Instead, it means that evil deeds should enter into all political thinking, and be actively used as a strategy for governance.

But surely with its flagrant disregard for human rights, let alone political legitimacy, North Korea is a different case altogether; a “rouge state” whose strategy of government and of keeping the population in check is diametrically opposed to the humane liberal constitutions we benefit from in South Korea and the West?

Not according to Machiavelli’s view of politics. For him, the difference is one of degree, not of kind. In other words, politics is always a matter of finding the correct balance between naked aggression or physical coercion on one hand, and the art of more gentle forms of persuasion on the other.

In English, one often talks of the “carrot and stick approach”: when the donkey can’t be bribed with the carrot, one employs the stick. Likewise, in the case of North Korea, the reliance on extreme forms of torture and repression is not to be read according to the deranged or malevolent psychology of its leadership. Instead, its resort to the stick over the carrot can be read as a symptom of a total lack of popular consent for its government.

“All armed prophets succeed,” Machiavelli informs us, “whereas unarmed ones fail.” What distinguishes North Korea’s government as a dictatorship is clearly the naked aggression of its coercive apparatus - its apparent readiness for war - compared to the largely ideological or “soft” rule of its southern neighbour. President Park does not see fit to legitimize her constitutional power through military parades. But then of course she doesn’t need to. Furthermore, the active consent of the people of South Korea for democracy makes any such strategy wholly inconceivable.
Today, South Korea is overwhelmingly a country of the carrot, not the stick. However, for Machiavelli coercion and its role in maintaining in power those who wield it is always the principal consideration in all politics, whether it be politics of the democratic or the dictatorial variety (and of course the arrest of the three Korail union leaders in the wake of the longest ever Korean railway strike clearly demonstrates that Park’s government has no qualms about using the stick approach when its power is threatened).

But perhaps Machiavelli’s most valuable insight relates to the question of freedom, since today we are constantly reminded by our democratic leaders and political elites that where a government is forced into taking extreme measures against political rivals or “extremists”, it does so only in defence of the common good; namely, our civil liberties.

Machiavelli’s assessment is rather interesting on the question of freedom. One might say that, for Machiavelli, freedom is overrated. Most people, he tells us, generally don’t want freedom at all; they only want to live in security, and will support any leader who can provide it for them. As for the small minority of people who genuinely desire freedom, they desire it only in rivalry with those in power. In other words, freedom is a means for attaining political power and domination, rather than a natural good or end in itself.

This is a strange, even perverse way of looking at the world. Aren’t we brought up to believe that freedom is the noblest of human qualities, and the universal ideal that all peoples should aspire to? The fact that this may not be the case would seem to reveal something very “Machiavellian” about the motivations of those politicians who trumpet the cause of freedom. If a people does not naturally desire freedom, should they still be forced to be free? Should a people be free not to be free?

One could cite numerous historical and contemporary examples of this dilemma. The dilemma is unlikely to be resolved any time soon. But it arguably is the case that there are enough recent examples of populations being forced to be free which give us reason to be extremely sceptical of the idea that freedom is a universal ideal to be implemented at all costs. To pretend otherwise is to risk bringing about the very tyranny or dictatorship that any self-declared democrat should be determined to avoid.

Jason Barker is Professor of Cultural Studies at Kyung Hee University, Korea. He is the author of a monograph on the French philosopher Alain Badiou and a filmmaker, having written, directed and co-produced the Arte/ZDF documentary Marx Reloaded starring Slavoj Žižek.